This year at GDC we were all thankful to just be going for business/pleasure, and not having to man another booth. Not that we don't love our booths - but that's exhausting! We took it easy this year and met up with new and old friends from around the industry for lunches, dinners, and more.

It was also the first time in over a year where we were all able to actually PLAY a lot of the games on the expo floors. Needless to say, we had a blast :)

James and I, along with our friend Jason Wishnov from Iridium Studios, drove up from LA to the San Jose area on Monday. We stayed at James' parents' house just like last year, which is about an hour from the convention center. That night we were welcomed by James' mom and dad, along with 2 hilarious cats.

On Tuesday James, Jason and I slept in for some much needed R&R. Around 3 we headed over to Japan Town to eat and play before the GDC Parties that night. (John and Speedo would be flying in later that night) 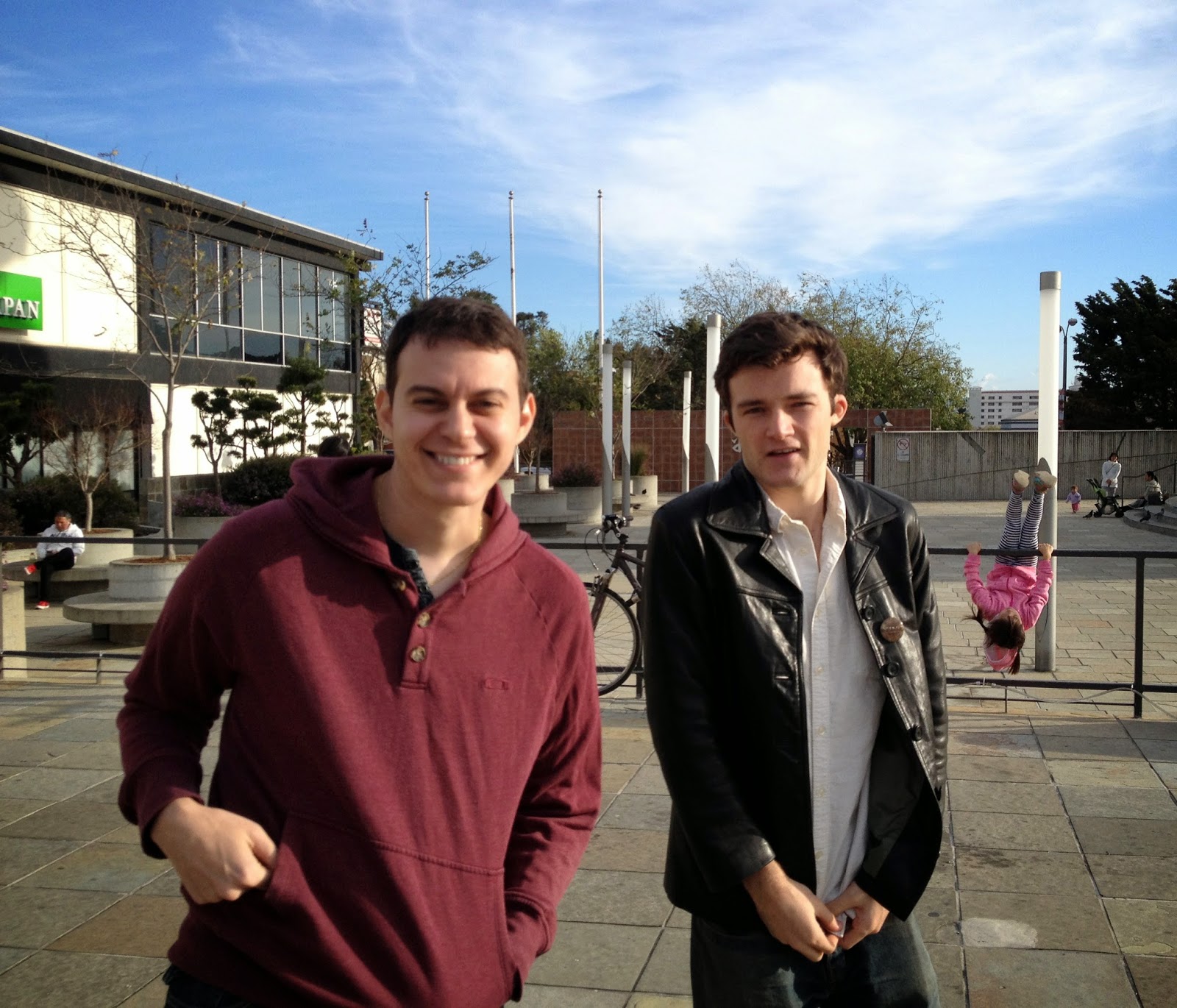 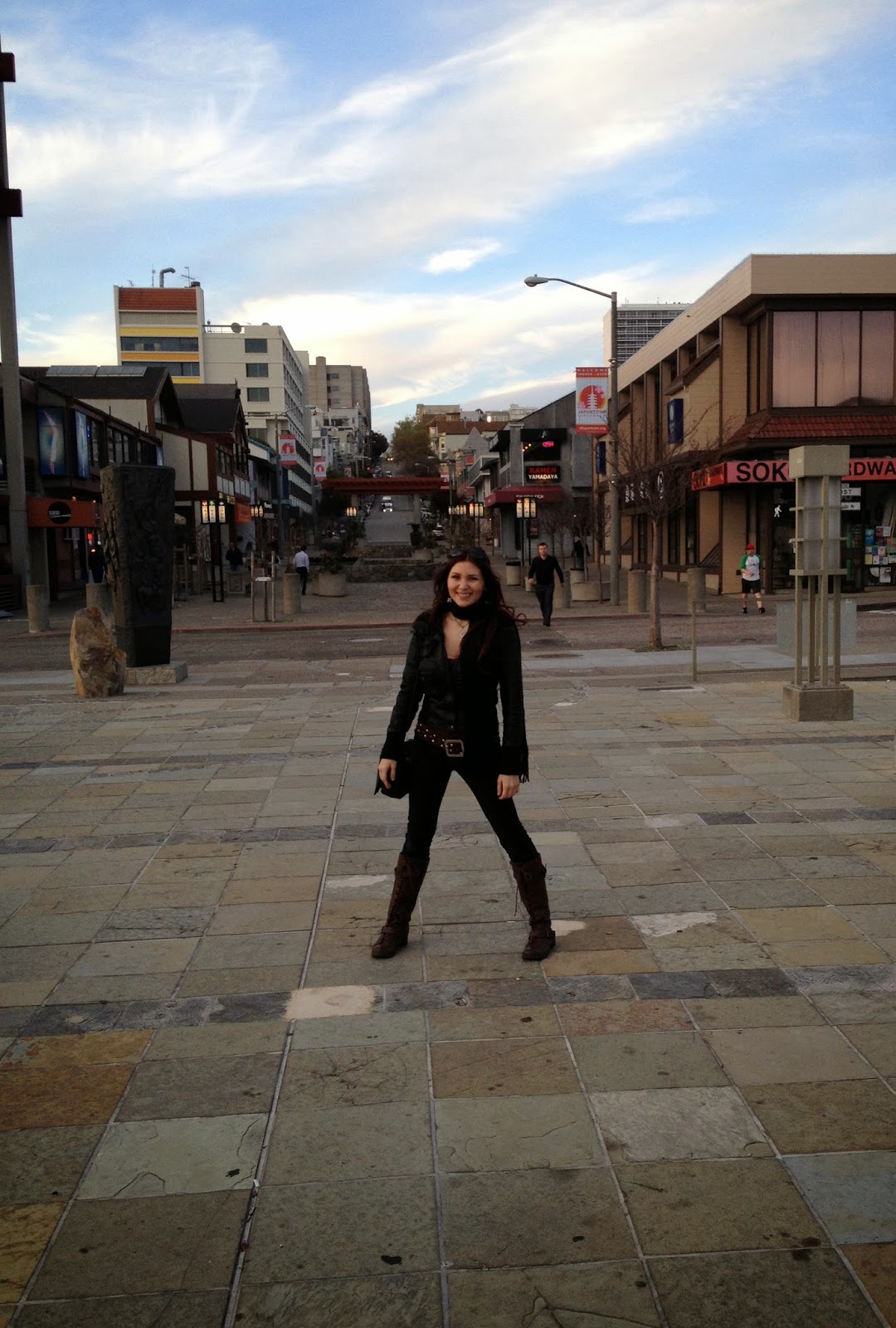 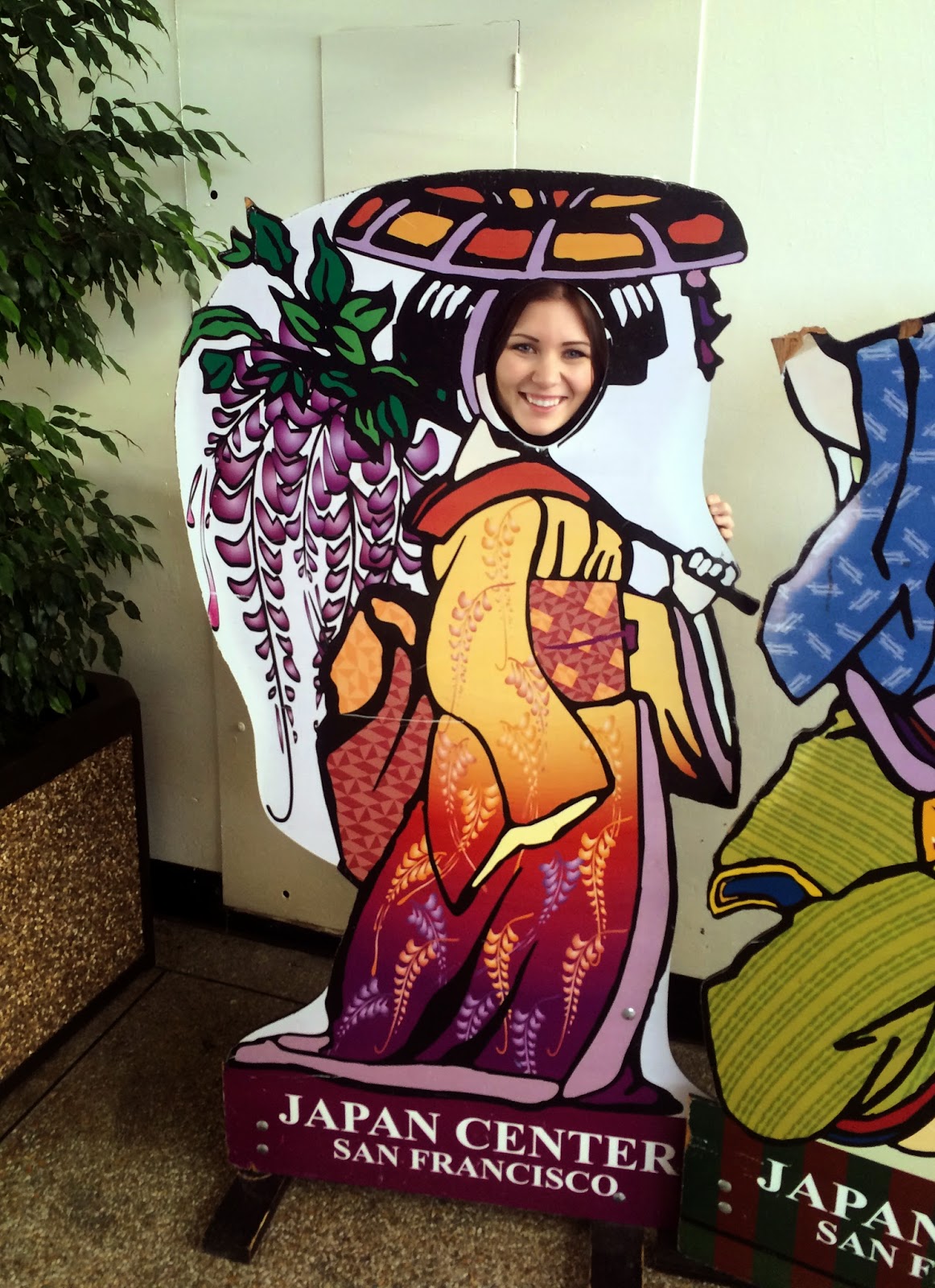 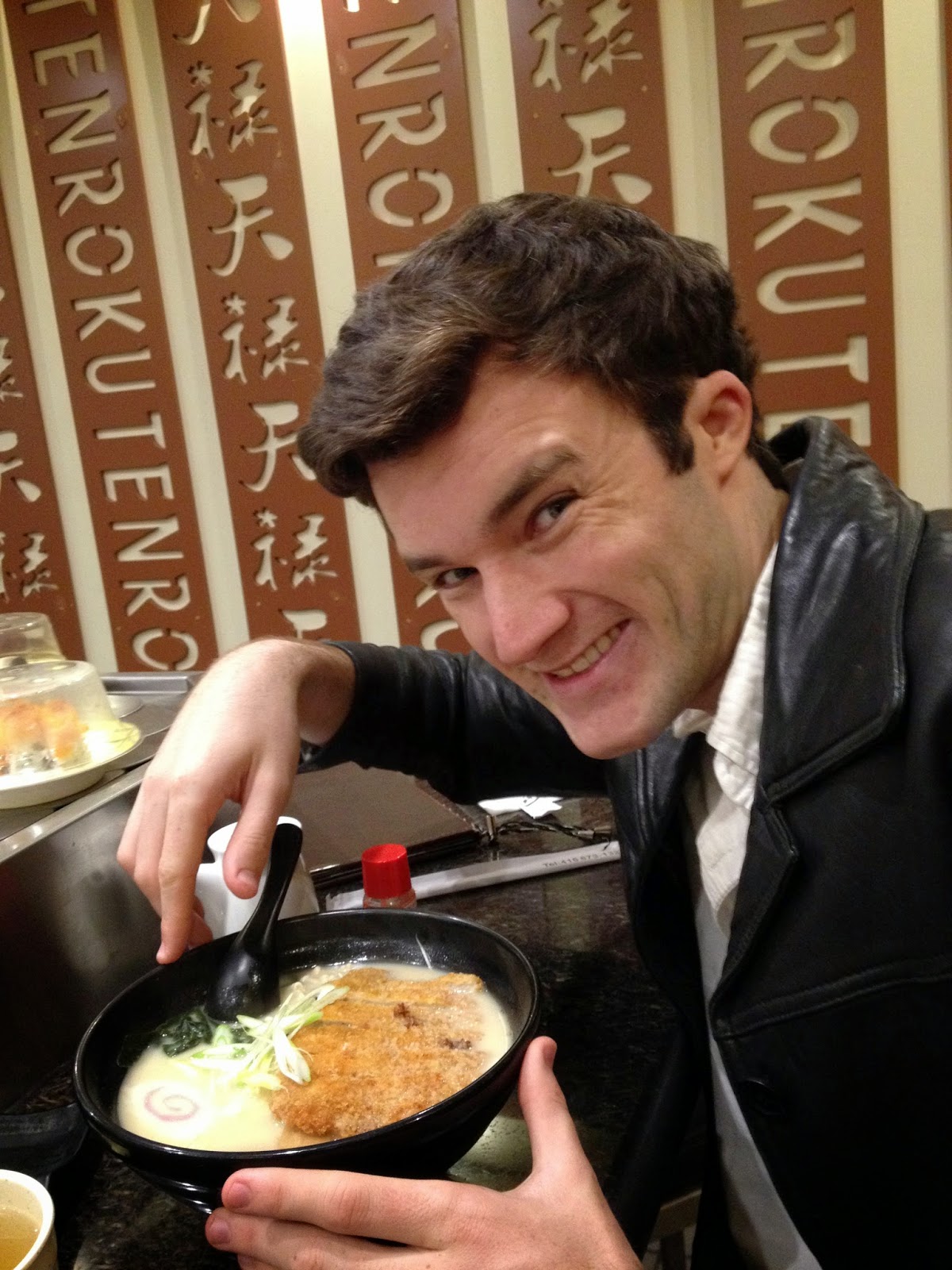 That night after sushi we headed over to the Humble Bundle Party, and next the Oculus/WIGI party. Both were fun, and we were able to make more new friends. At the Oculus party, they had demos set up for the Gear VR, as well as demos of their short film called lost by Story Studio using the Crescent Bay HMDs. The VR film was just 6 minutes long, but made a great impact. *spoilers* Just imagine walking around in a tall, dark forest with the Iron Giant :)

After the parties we drove back to San Jose to pick up John and our good friend Speedo near the airport. They had since moved to a Denny's, where they were eating and joking around until we showed up. We all Got back to the house around 12-1am that night, and went right to sleep - since Jason needed to get back to San Francisco early in the morning for a talk he was giving.

Wednesday was arguably the most important day of GDC. We met up with a lot of friends, and were booked throughout the day with meetings. It was also the day that most companies decided to hold their big parties. Decisions decisions.

We were some of the first to head directly to the Epic booth to meet up with our friends from Epic. As such, the line for their Smaug in VR demo (titled Thief in the Shadows) was not very long. And man, was that demo worth it!

Afterwards, all of us agreed that it was our favorite demo we had seen on the Crescent Bay HMD thus far.

For lunch on Wednesday we met up with the guys from Cyan (you know, the company that made MYST), who are currently working on their next big title Obduction. We had a great time talking about making puzzle games while working with Unreal Engine 4 and VR, and sharing our approaches and techniques for building a memorable world.


That night we went to an adventure gamers and developers meet up for dinner. We saw our buddies from Cyan again and had more fun talking about development. Then we all headed over together to the Epic Games party, which had a huge line to get in the door! Luckily, we all got in before they closed the doors! We danced the night away until around 12, and then decided to make the drive back to our place.

Thursday was a bit more relaxed than the previous day. We still had some meetings here and there, but we were able to slow down a bit, which was nice. Jason was living and driving with us too, but we only saw him for maybe 30 minutes each day.

Friday morning we were pretty tired, but I still got up early to shower and curl my hair. After that we had breakfast and were on our way back to the convention center. The first area we visited was the Indie Megabooth area, which we had yet to explore.

Some awesome 3-D Prints by Sandboxr: 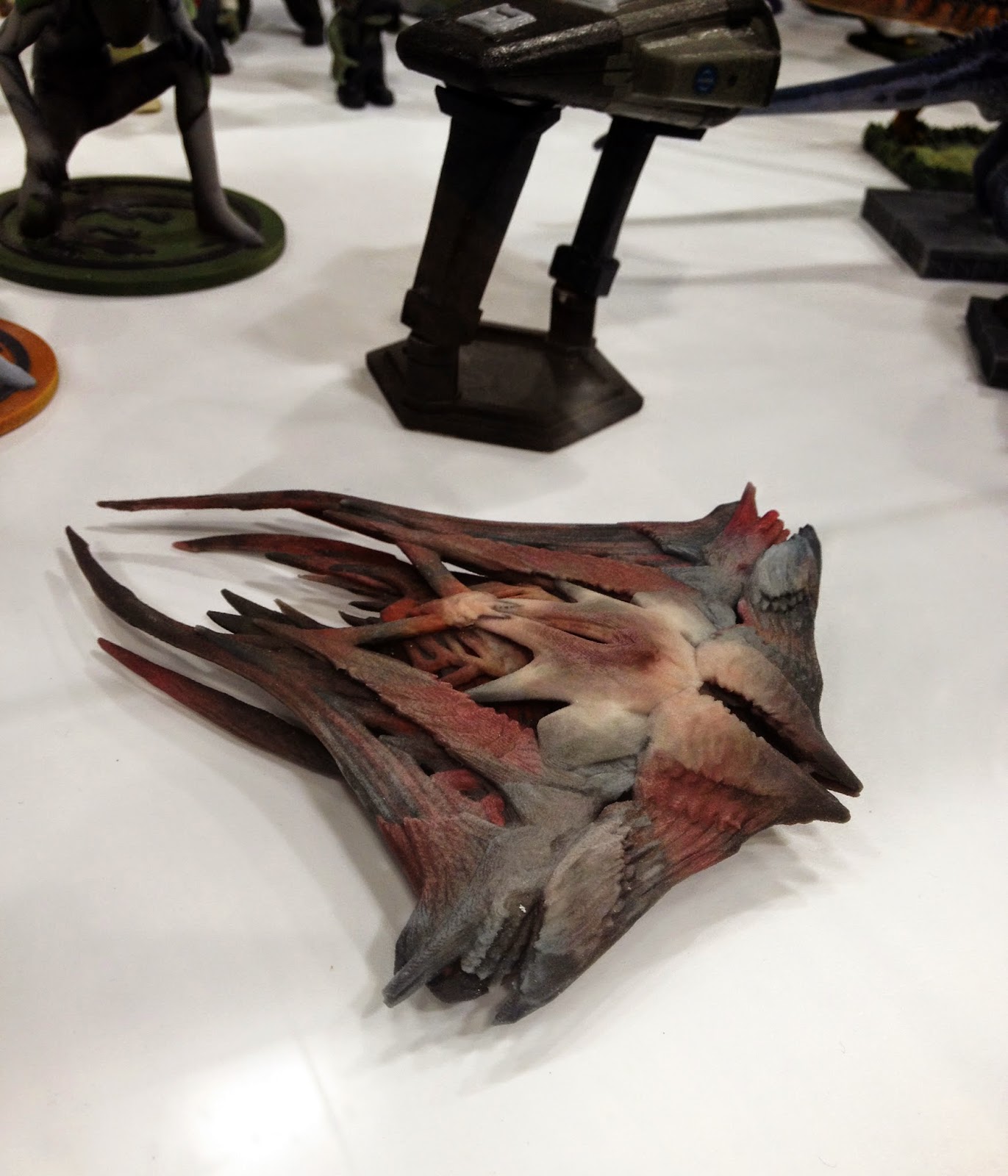 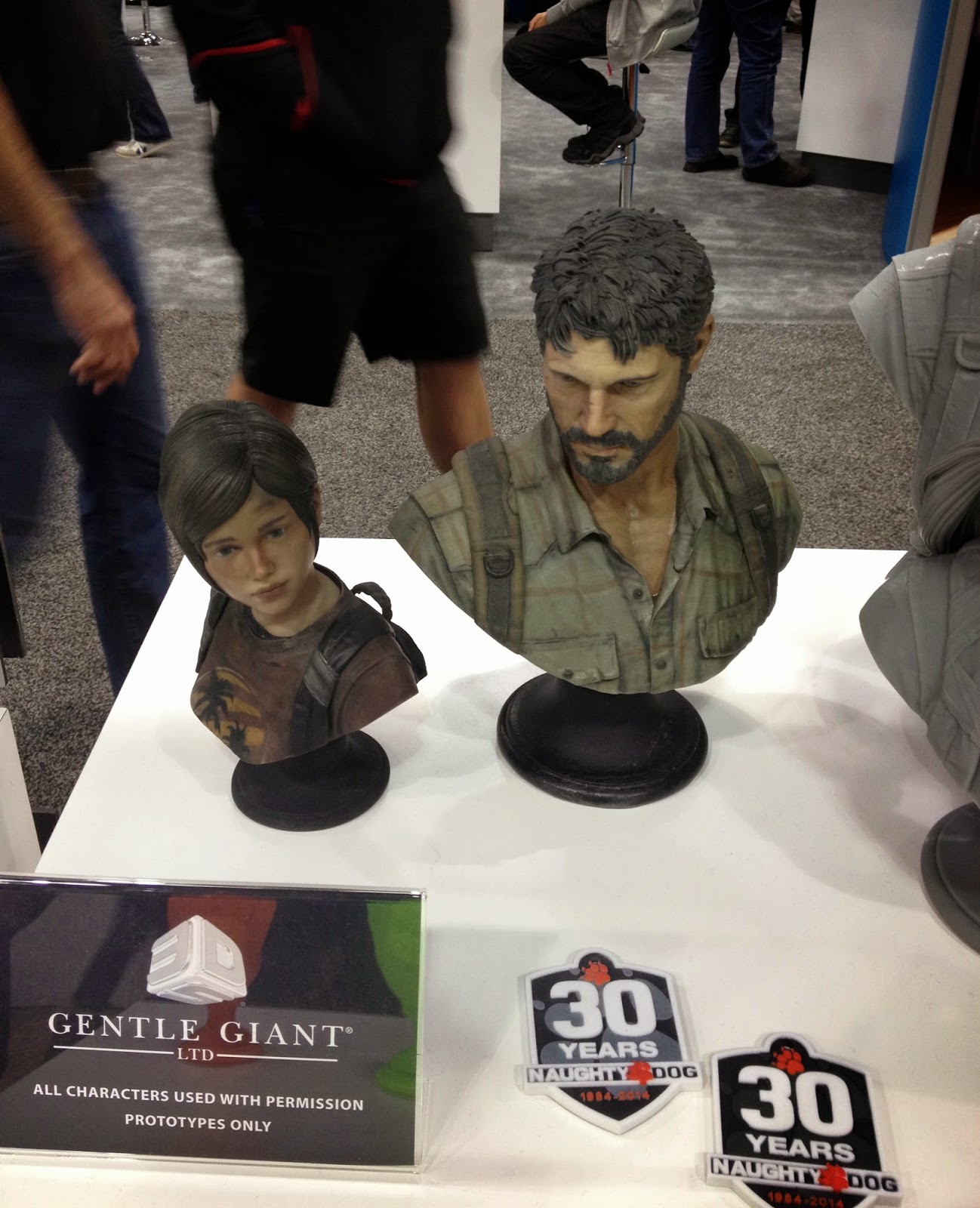 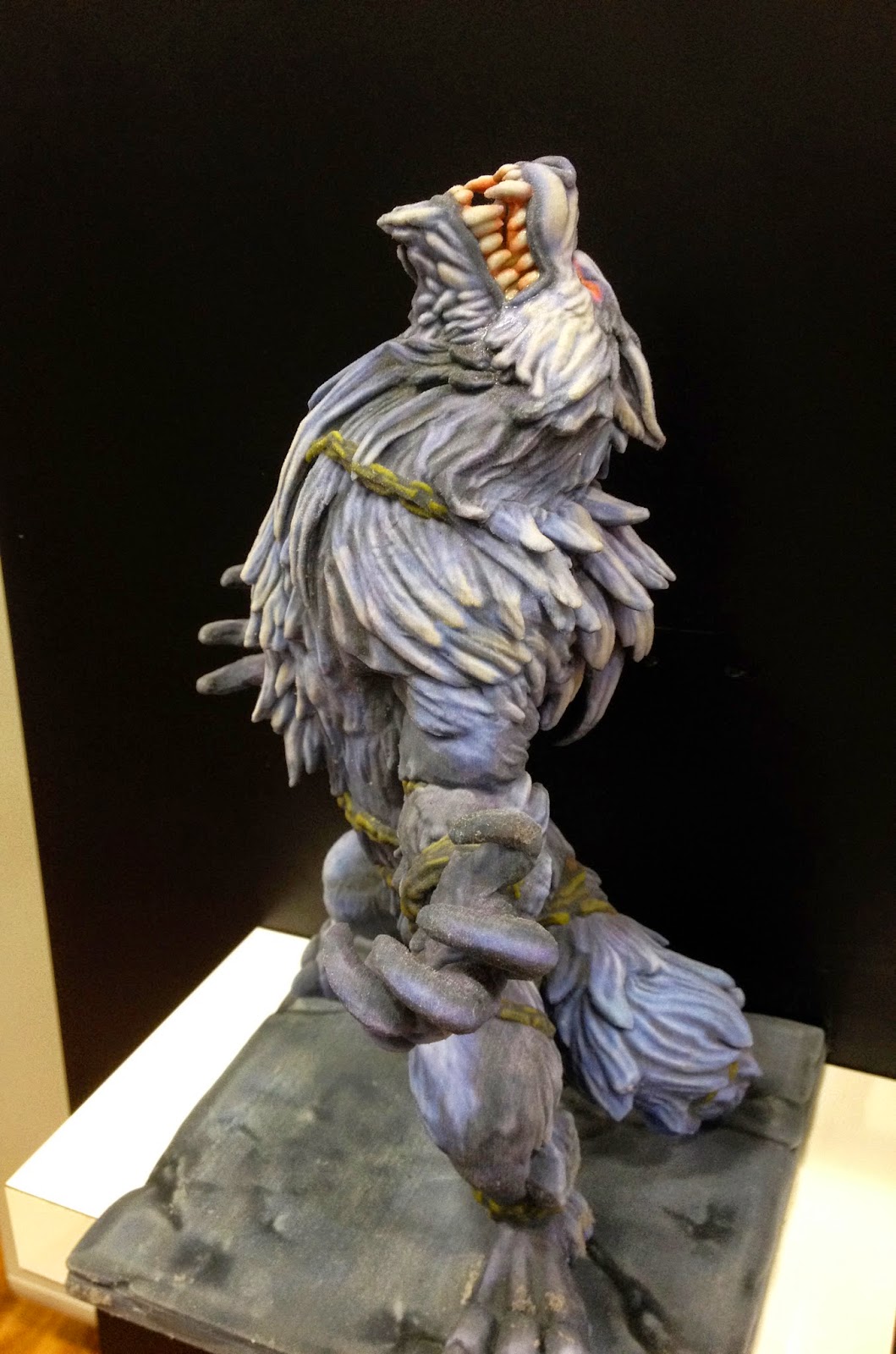 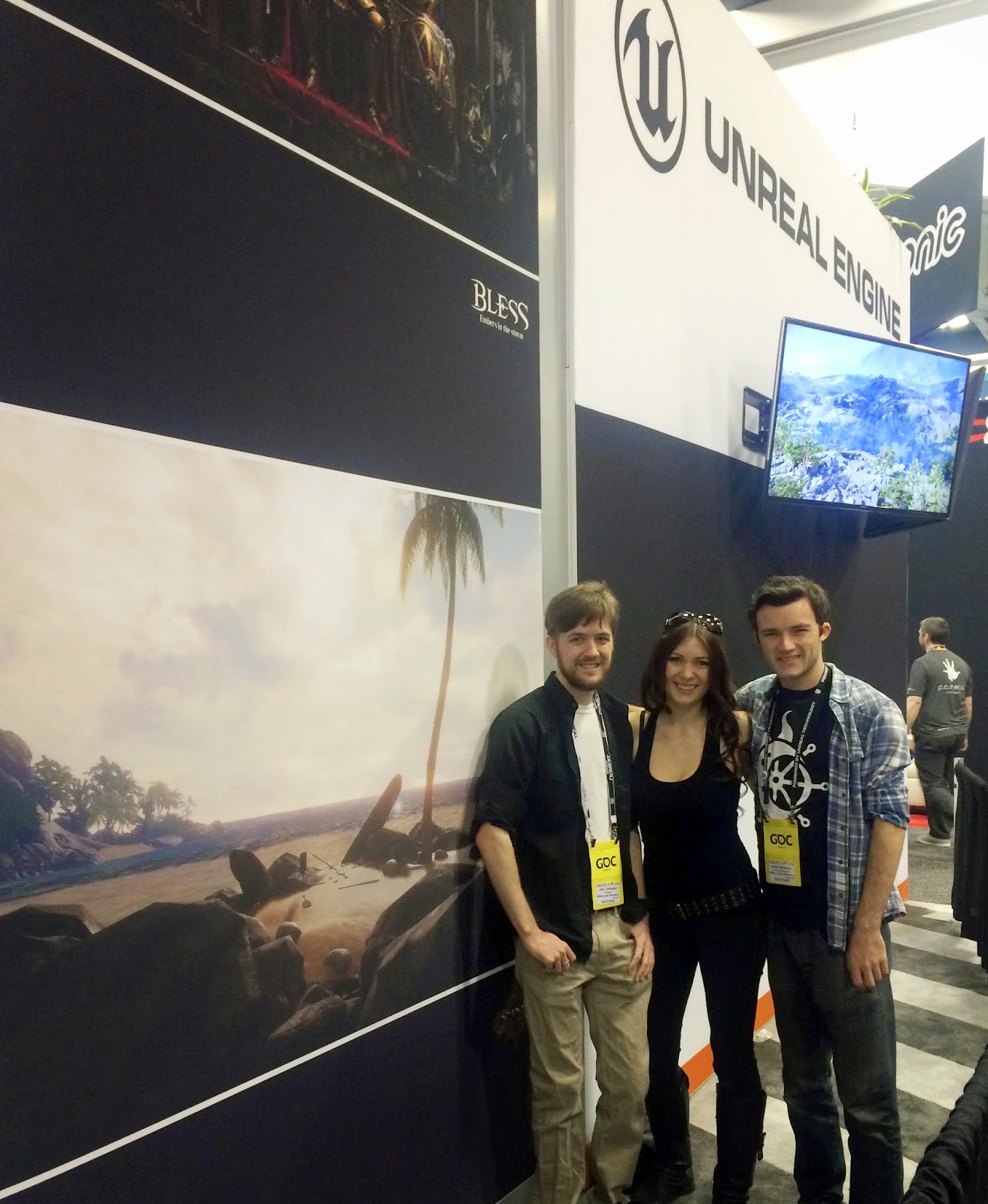 It was only when I got home that I realized I should have asked to keep the art. Oh well...


Friday afternoon we drove back in terrible traffic, but once we walked in the doors we were ready to relax.

John, Speedo and James had pulled out James' old Playstation with a few games the night before, and we played those again for a while. Notably, a game called Reel Fishing. A simple fishing game really, not even as fun as the fishing portion of Zelda OOT - but it was entertaining. Unfortunately, we left the game running through dinner, and came back to dead fish we had caught previously.
After dinner we all watched the first few episodes of Sword Art Online (because, you know, Virtual Reality). This was John's first time seeing it and it was still quite enjoyable for the rest of us.

As we headed to bed, we talked about all the things we needed to get done in the next several months to get our game out. The news of the Steam VR HMD earlier in the week threw in a whole other platform for us to think about and try to support, along with many other considerations for us. It's a long and difficult journey making a game, so it was nice having this sort of "vacation" week to chat in person about everything that is going on.

Now it's already Tuesday, and we already have our noses to the grindstone once again. Thanks for reading!

Posted by Koriel at 1:12 PM No comments: