Today we are excited to announce the “Coming Soon” status of our new Steam Store page! 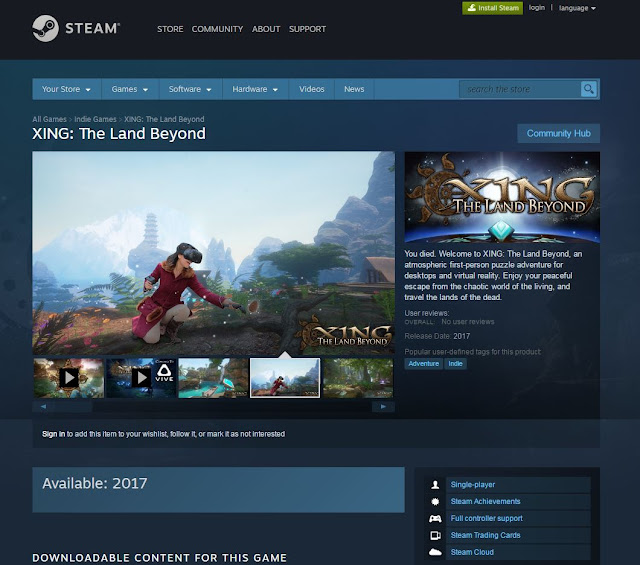 With the opening the Steam Store page also comes the Steam Community Hub, where you’ll be able to participate in discussions, as well as post screenshots and other media. We’ll be using a private discussion page for our beta, which will be starting very soon!

Something like this might not seem like a major deal, but as a three person development AND publishing team, it falls on us to do everything related to getting this game into people's hands, including managing everything that goes into making an awesome storefront for XING. 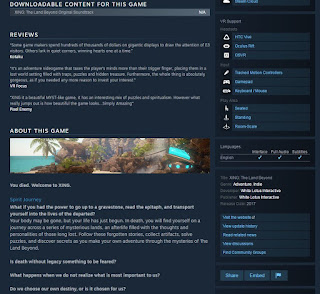 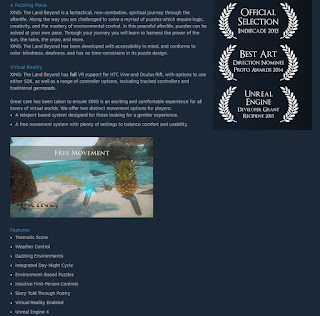 We’ve also come up with our final “box art” design for the game, which you’ll see in many forms and formats labeling our game, including on Steam and the Oculus store, as well as the PlayStation Store. It’s taken us some time to come up with a graphic that captures both the art and feeling of our game without being just an out of context screenshot background, and we hope this new logo will pique the curiosity of new players. 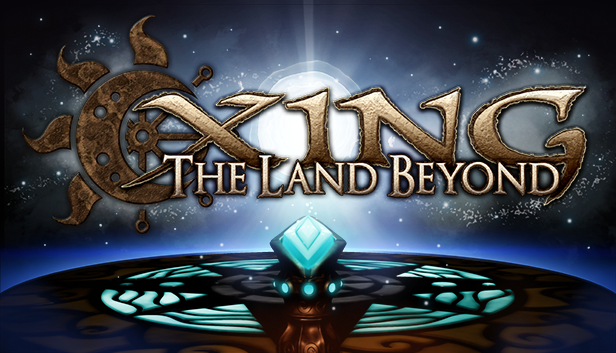 Speaking of progress, we are currently finishing up some nuts and bolts to get our first official beta out and ready for those generous kickstarter backers who earned the beta backer reward years ago. Since starting this beta build push we’ve finally had the opportunity to really look at the game as a whole, and wow, it’s taken a form that we never would have dreamed of back in 2013. The game is significantly larger and more content rich than we initially set out to achieve, and so more than ever we need help to make sure everything can be experienced in a silky smooth fashion. There are still plenty of bugs, features, quality of life improvements, performance optimizations, and overall quality assurance issues to be addressed in the coming months, but with the help of some of our backers as well as friends and family, we look forward to taking on the challenge of the polish phase of development.


For those who have been following us since our beginnings, we can’t thank you all enough for your support and continued enthusiasm. We think XING will find a happy home on Steam, alongside all of our other platforms and distribution methods, and we are eager to see what the Steam community will make of our game.