Last weekend we took 2 days off to participate in Oculus Connect, the first Virtual Reality Developer Conference held in Hollywood, CA. Since James and I both live near the area, we were able to just drive over - sorry John, next time!

On arrival we parked under the mall next to the hotel, and made our way up to the mezzanine floor. There were already tons of developers milling around the halls, showing off their latest work or new technology.

One of the first things we tried was the Gear VR, brought to life through the combined efforts of Samsung and Oculus. 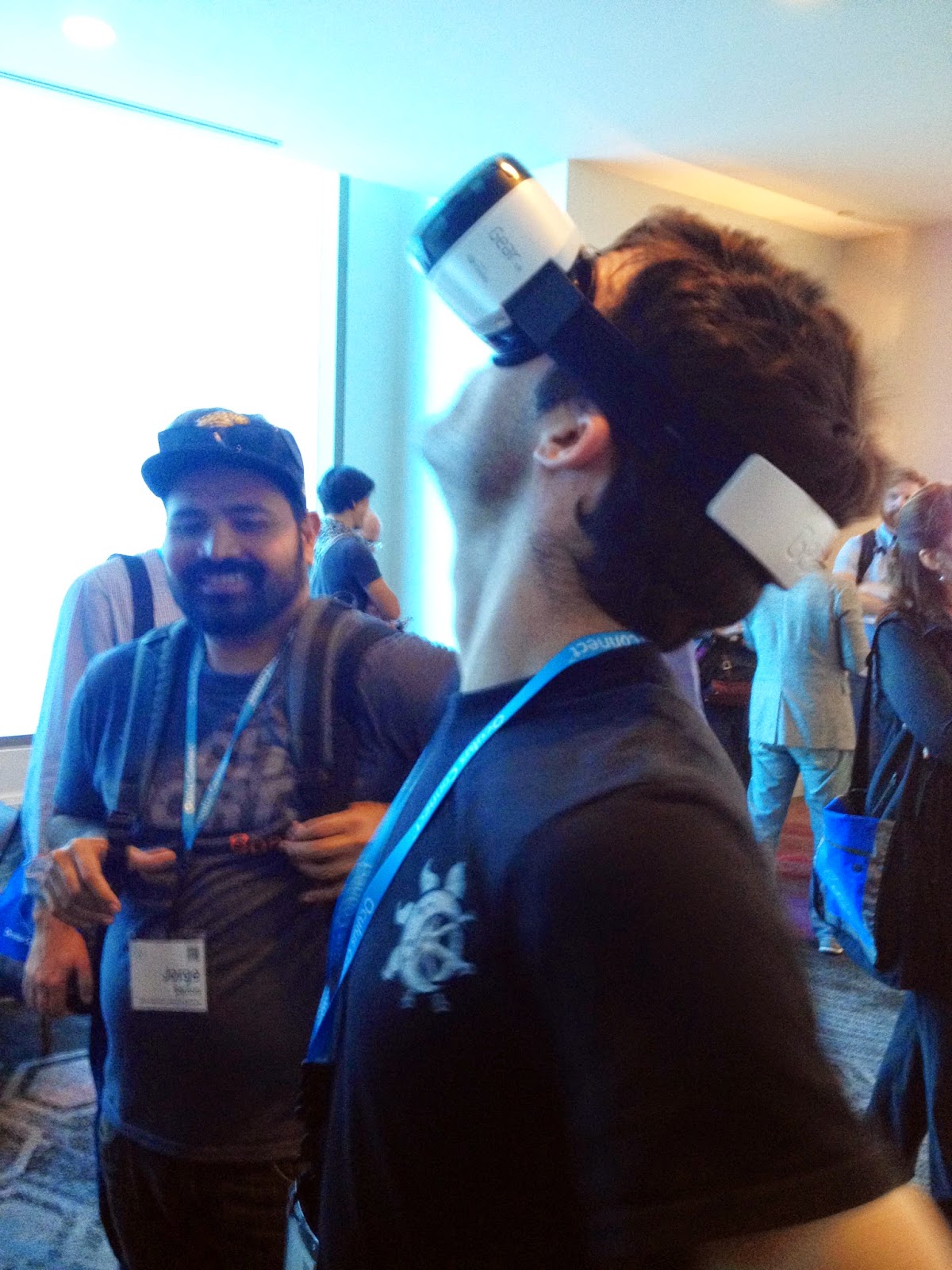 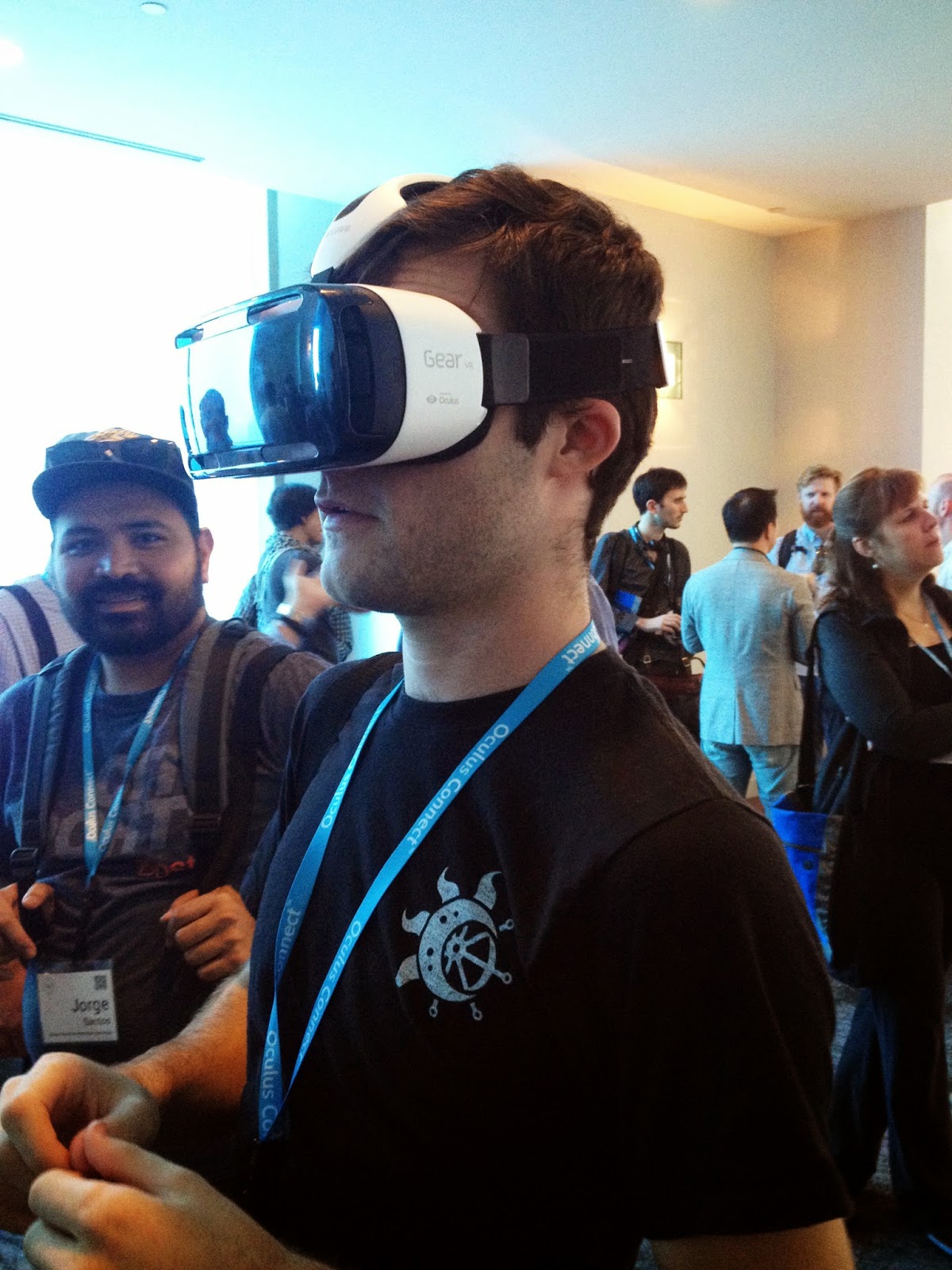 Here's an interesting peripheral we found by Dexta Robotics. 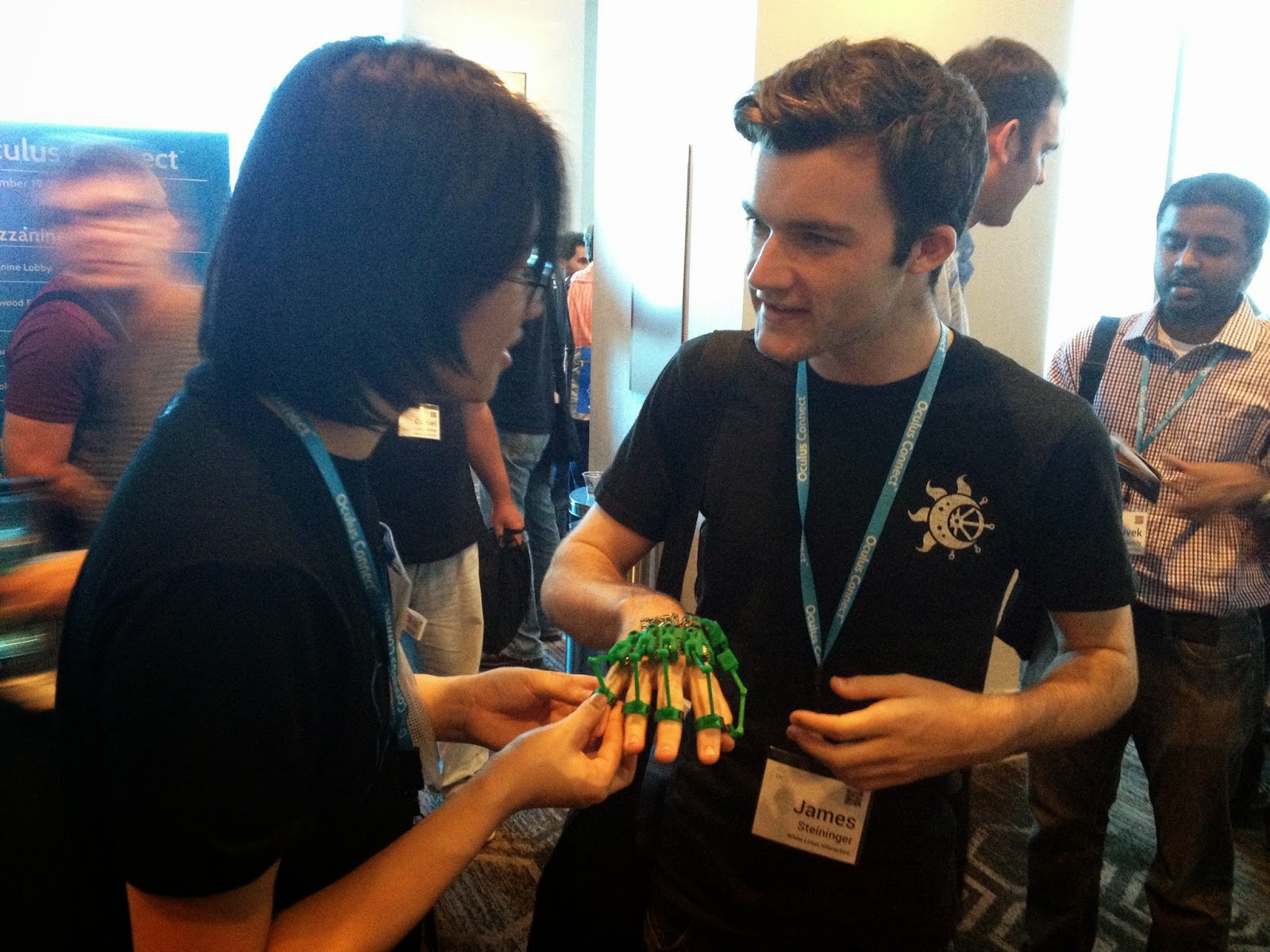 After an hour or 2 of "connecting", we decided to set up the demo for other developers to try out. Oculus provided 8 demo booths that were already set to go with DK2s. We set up the demo by plugging in an external hard drive, and had it going for about 45 minutes.


When 7pm came around, it was time for dinner! We just unplugged the drive and headed over the the ball room. Time for food! 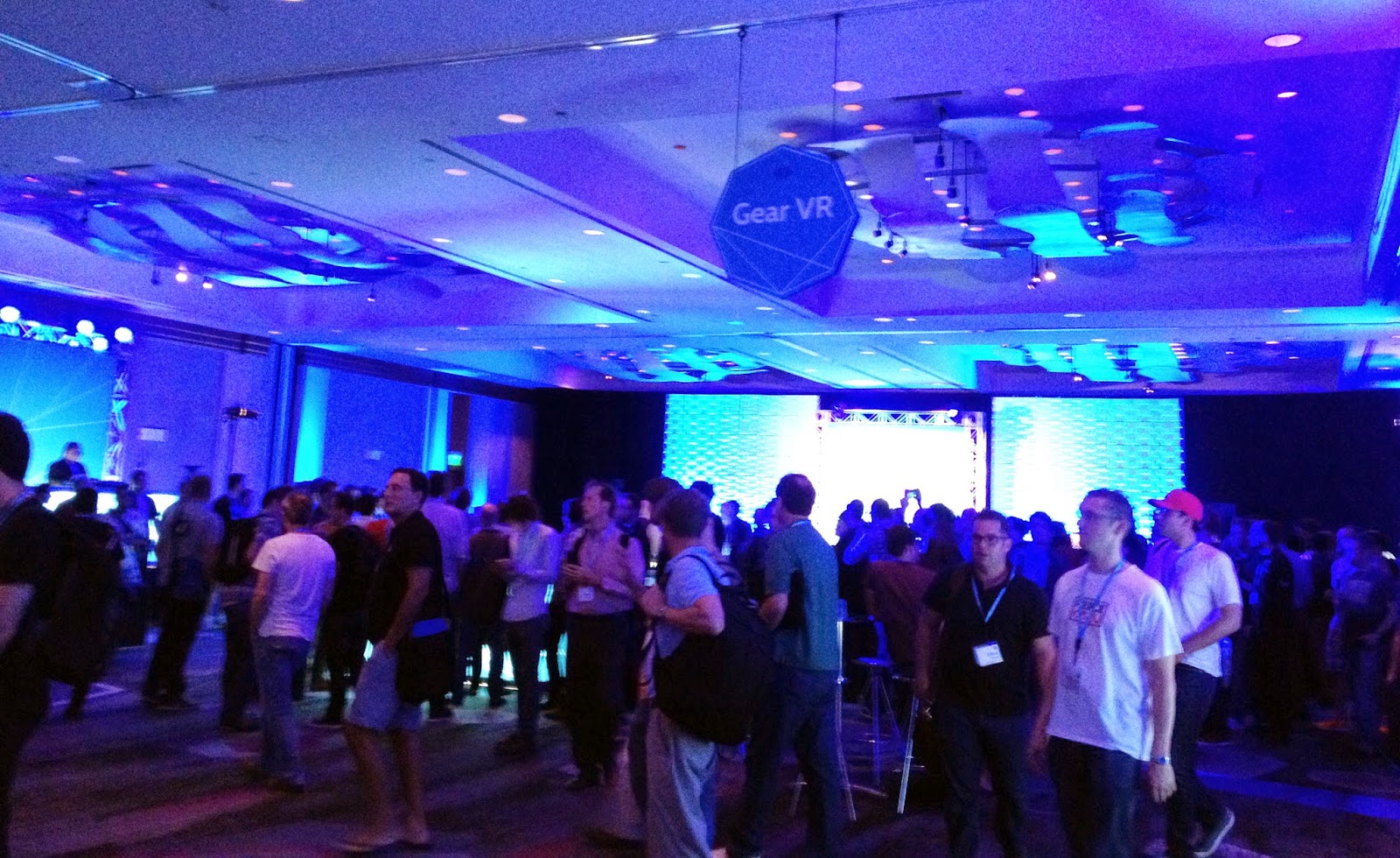 After the dinner and mingling hours Palmer Luckey invited everyone to go bowling at Lucky's Strike - so naturally, it was time to go bowling! 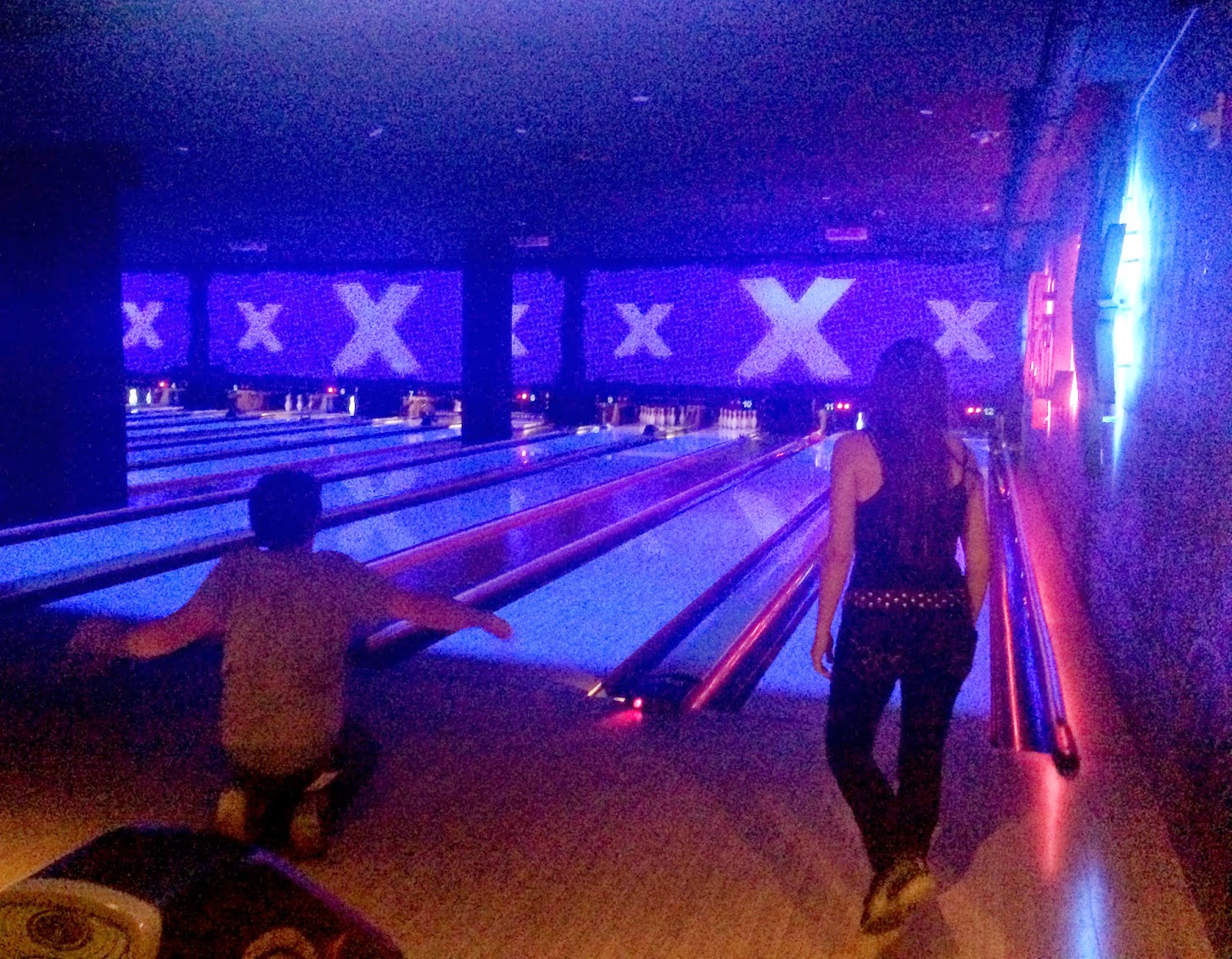 After bowling it was time to step out to run to the Proto Awards, the first of an annual awards show honoring VR developers and their products. We had already met quite a few of he nominees (and were also nominated for best Art Direction ourselves), so it was nice to be able to go and show our support. 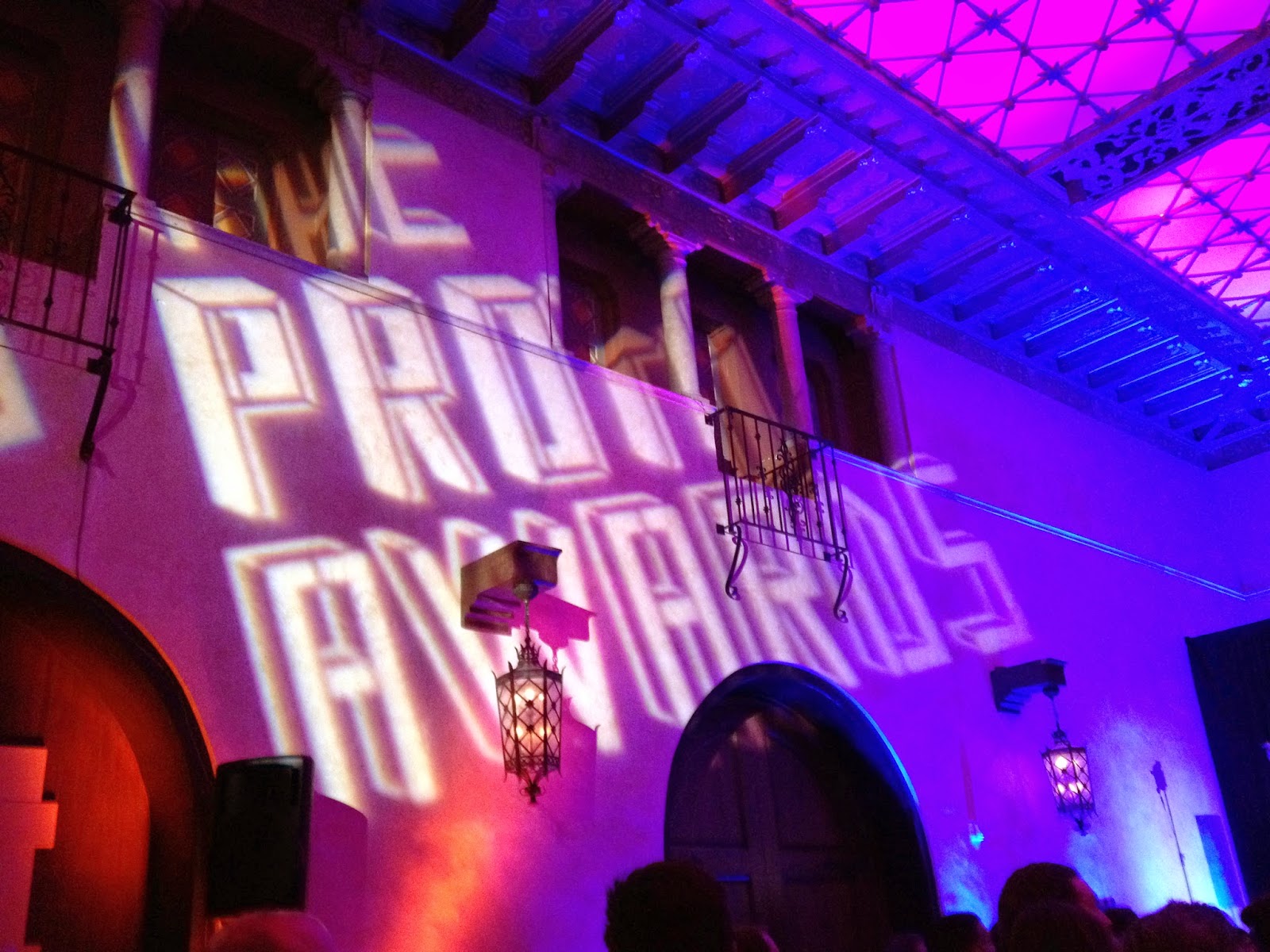 On our walk back to the car, we stopped to take a few photos of the area. By then everything was lit up and looked like it does in films, so it was nice to simply enjoy the location.


The day went by rather nicely, and we were looking forward to a full day of learning, sharing and making friends.

In the morning we arrived around 9am, and the talks had just started. We walked in as Brendan Iribe took the stage, and settled down for a morning of discussing the past, present and future of Virtual Reality.

During one of the next presentations, we were all told about the lastest HMD from Oculus VR: The Crescent Bay Prototype. At the same time, they announced that eveyone at the conference would be able to try it, and had to sign up using the Oculus Connect app we all downloaded...and that started "right now".

James and I immediately signed up for the first time slot, and left to try out the latest VR tech! 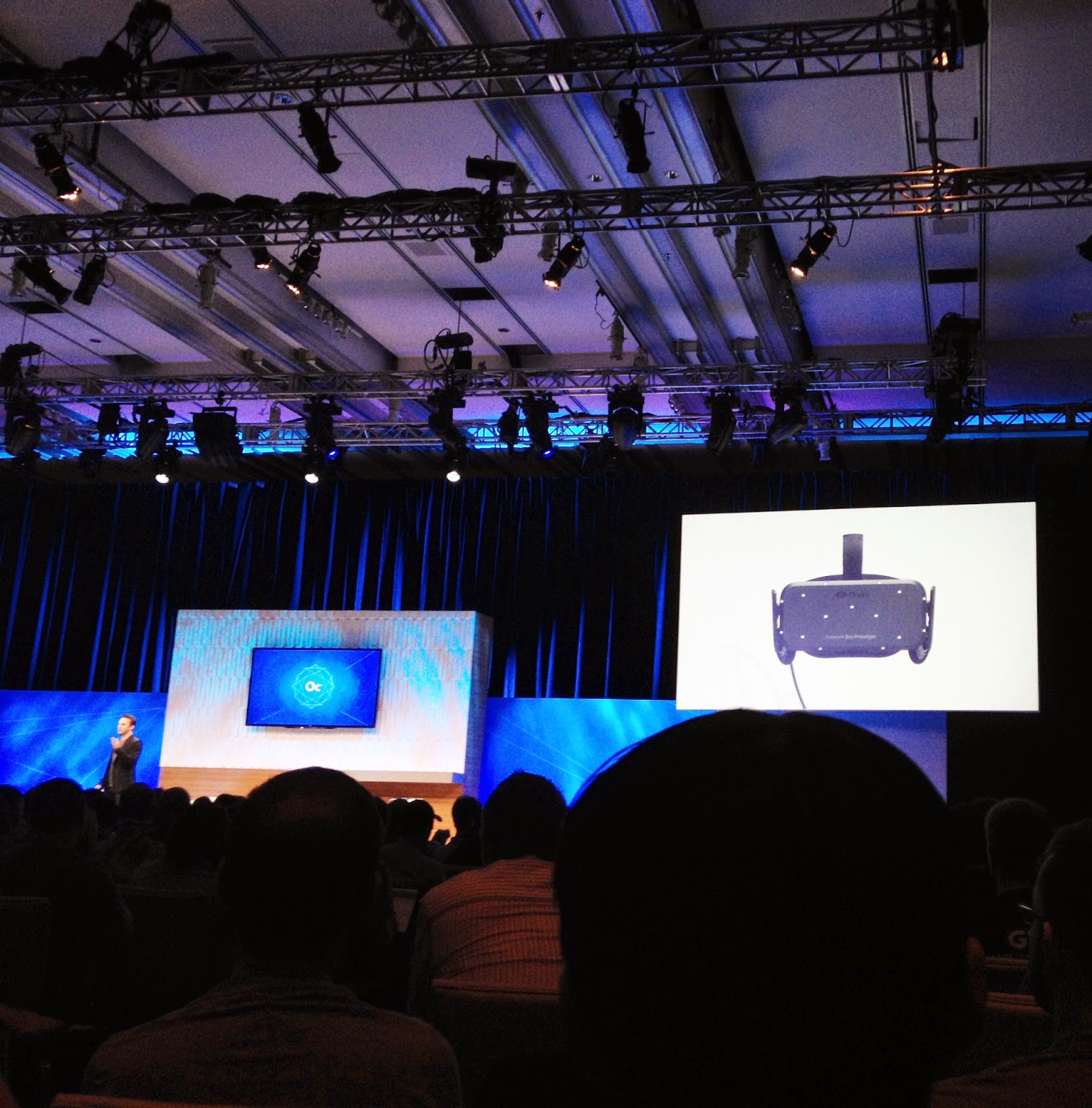 On our way out of the Dolby Theatre, we happened upon large buffet tables set out for all the Oculus Connect attendees. This inculded a food that neither James or I had tried before: Chocolate Covered Bacon.


After we got past the delicious food, we found ourselves in line for the brand new Crescent Bay demo.

The demo blew us away.

It was the most real VR experience either of us had ever experienced. The resolution of the new protoype is still under wraps, but it was definitely much higher than the Dev Kit 2. Also, everything was running at a solid 90 fps.

After being wowed by the latest tech, we went back to the car to grab our "booth in a box". We wanted to set up our own table with the XING demos running on DK2, so that other developers who flew in or were from far away could use the computer setups that were provided. It also gave us a chance to *decorate* it, just a bit :)

While other people and developers played our demo, we were also invited to try several other VR demos. These were mainly using prototypes of the Gear VR headset.

After the talks ended, there was an after party by the pool on the 5th floor of the hotel. Again, there was a ton of food laid out on buffet tables for us. Oculus definitely did a fantastic job and making sure that everyone was taken care of!

About an hour in, we all joined in a birthday song and toast to Palmer Luckey. 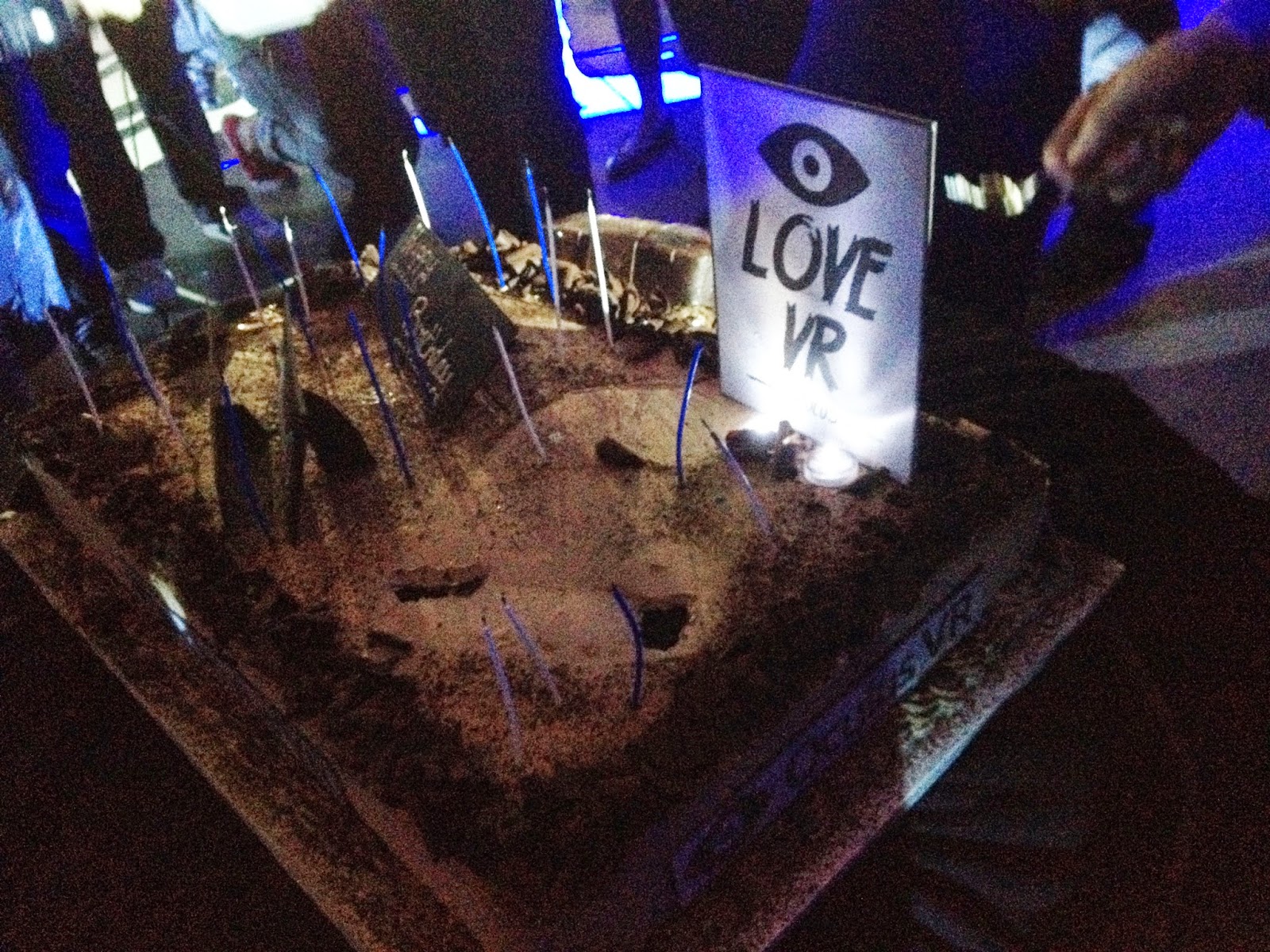 Towards the end of the night, we ran into John Carmack, who was smiling and talking a mile a minute as a crowd of followers piled on the questions. We stayed to listen to some of his wisdom, before calling it a night.

It was a wonderful conference and we will be sure to go again next year! Everyone was so friendly and open-minded, which created a great atmosphere for innovation and creativity. We also met some wonderful people.

And to finish this post as a reward, we have a new high-res screenshot of Iztali Point, our tropical beach level: 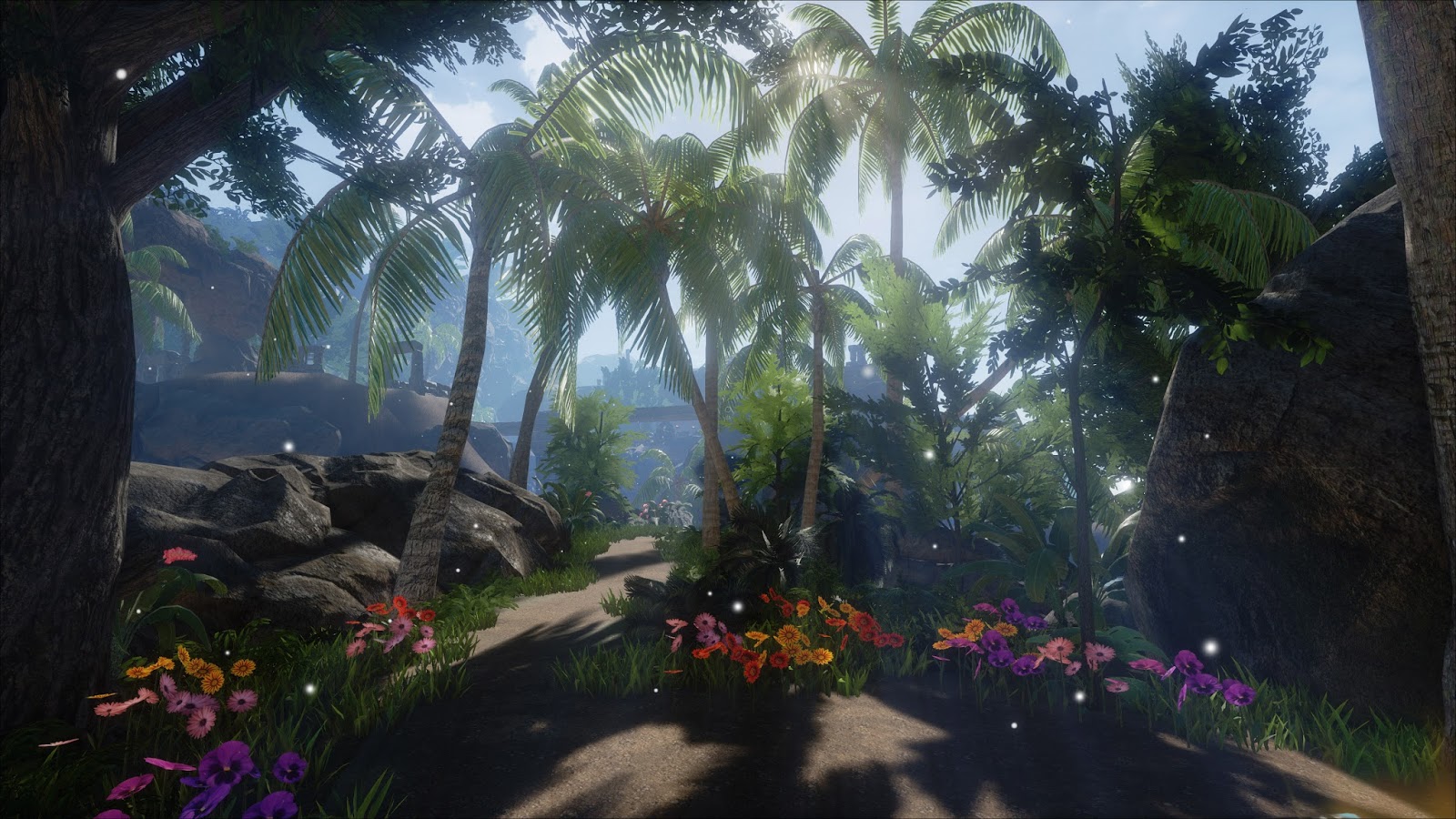